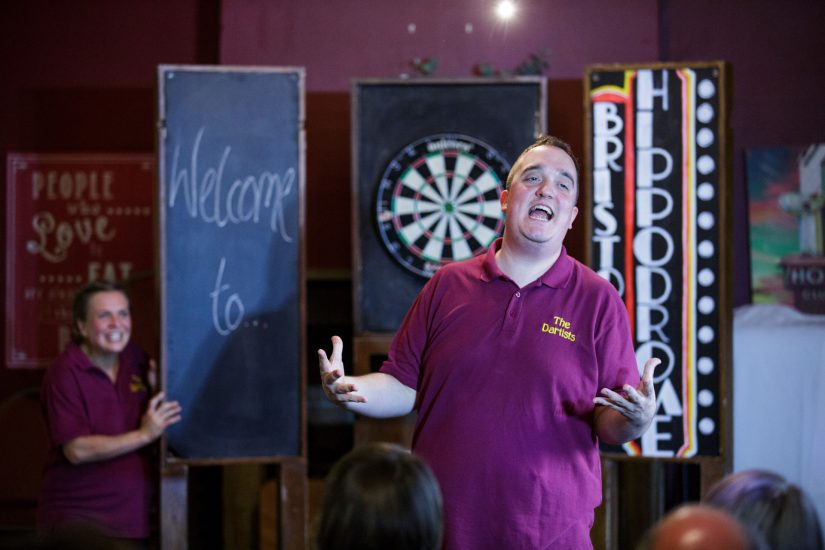 A blind man walks into a village pub and tells anyone who’ll listen that he was once the king of darts. Think Oedipus, re-imagined in the world of pub darts. Rex The King is the story of a darts champion who ruled the world, but lost it all – it’s a theatrical tale that’s witty, uplifting and ludicrously tragic, full of blood and sweat, tears and beers. Featuring live music, flying arrows and a dancing dartboard, the show has been specifically made to perform in pubs and bars. Whether upstairs in the function room, out the back in the skittle alley, outside in the beer garden or in amongst the bar itself, Rex the King can be performed anywhere.