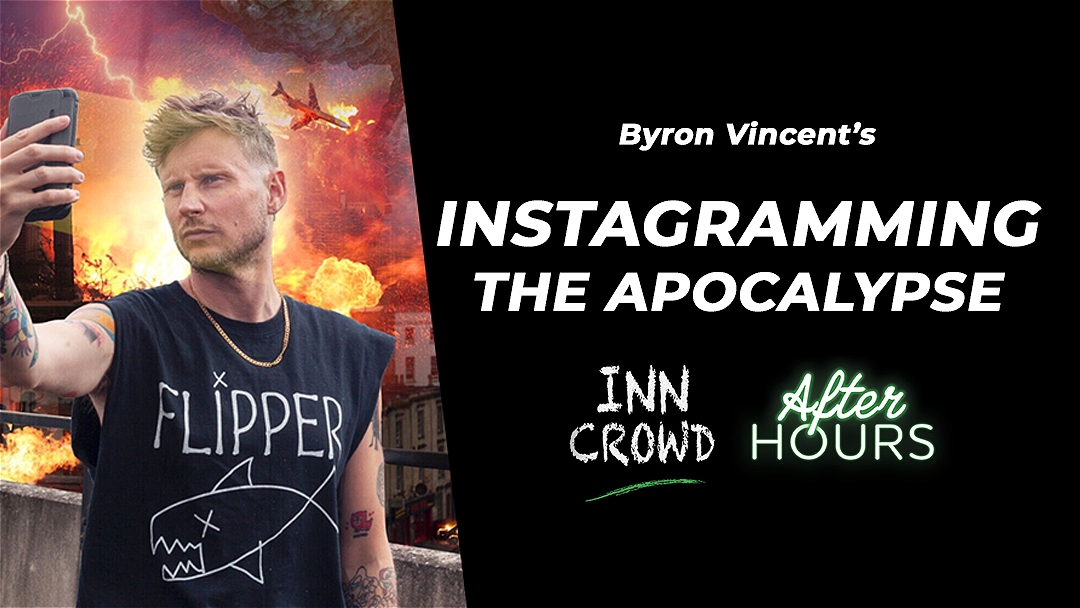 In a new film developed from his stage show, performer Byron Vincent brings the force of his wit and wisdom to shine a spotlight on the post-satire age.

Byron has an anxiety disorder – but with dying icons, impending climate catastrophe and that bloke from ‘Home Alone 2’ in charge of the world’s largest nuclear arsenal, isn’t blind panic the only sane response? It’s a glib, postmodern world in which cynicism is cool, modern life is rubbish and sincerity is for suckers.

As concepts like truth, peace and hope become risible anachronisms, maybe it’s time to re-evaluate our perspective? In a post-satire age, what’s so funny about peace, love and understanding?

Byron Vincent is a writer, performer, broadcaster and activist. He also has a diagnosis of PTSD and bipolar disorder. As a spoken word artist at music and literary festivals, he was picked as one of BBC poetry season’s new talent choices. In more recent years he has turned to theatre, working as writer, director and performer for the RSC, BAC and other notable acronyms. Now he’s turning to film as a chance to reach even more people than before. Byron is a passionate social activist with lived experience of issues around poverty and mental health. Byron has written and presented for BBC Radio 4 on the social problems arising out of poverty, ghetto-isation and mental ill-health.

Please donate and help us to continue to bring fantastic quality live-literature content to communities who need it most.