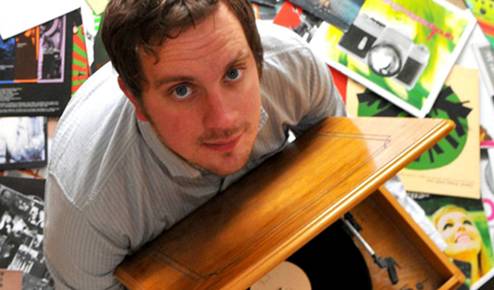 In 2002, John Osborne won a competition on John Peel’s Radio 1 show. His prize was a box of records that took eight years to listen to. This is an ode to radio, those records, and anyone who’s ever sought solace in the wireless. This show features a selection of records previously owned by the late John Peel. Many are very rare recordings by obscure and now defunct bands, and this is a unique opportunity for any Peel fans. A version of the show was recorded at the BBC Radio Theatre and broadcast on Radio 4, and it was chosen as Pick of the Day in The Radio Times. ‘Beautifully-written, funny and poignant… Just as John Peel’s records changed his life this lovely, simple, beautifully executed show has enriched ours’ The Scotsman *****