Jess Morgan – Boring Someone in Some Dark Café 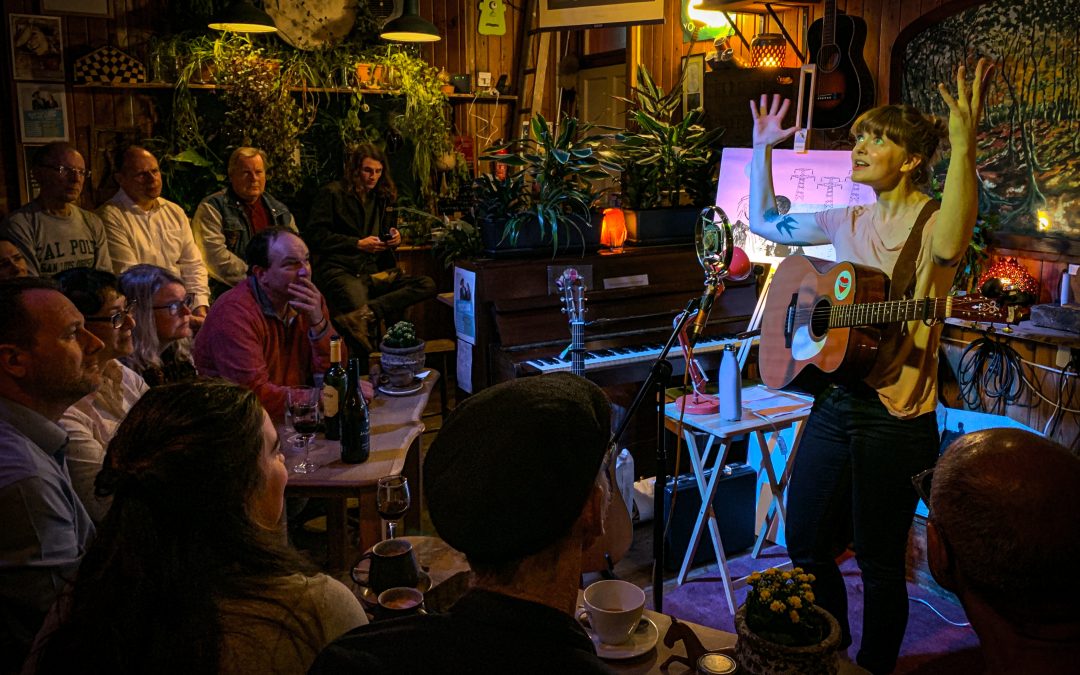 Jess lives in London, in a flat above a carwash, spending her days churning out demos, hustling for gigs just waiting for that call from Jools Holland. She’s young, single-minded and ambitious to get out on the road…at any cost. It’s the oldest rock and roll story ever told.

So, what happens when after ten years on tour, the sleepy rural town Jess grew up resolute to leave behind suddenly glitters with possibility – something more promising than fame, and more life-changing than a spin on Radio 2..? Will she hang around long enough to find out?

With songs carefully knitted into the narrative, this show tells the story of ten glorious years being a nobody in the music industry – of festival tents, starry night drives, the romance of concrete and magic of pylons; a story of frustration, exploitation and discovering that most people don’t get famous. Most people just turn thirty.

Jess Morgan is a writer and musician from Norwich – described as “The sort of thing you put on your headphones when walking alone and wanting to feel like you’re in your own gritty British love story.” (TRASH magazine).