Jonny Fluffypunk – If We Just Keep Going, We Will Get There In The End 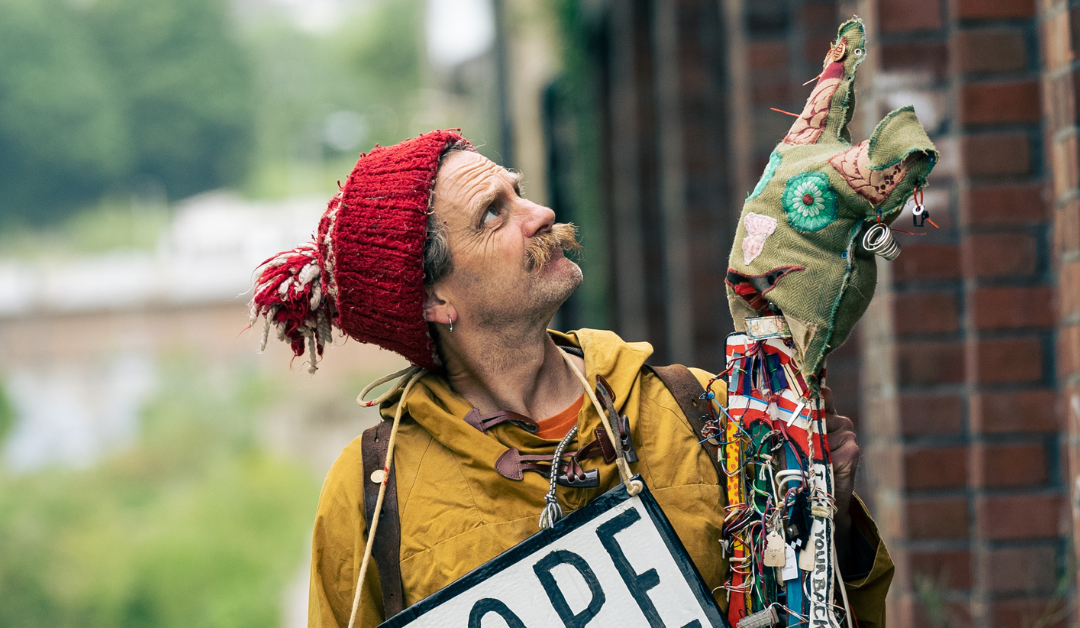 IF WE JUST KEEP GOING, WE WILL GET THERE IN THE END

A new show by Jonny Fluffypunk.

Acclaimed stand-up poet, storyteller and lo-fi theatremaker Jonny Fluffypunk is back with a brand spanking new show about searching for the hero inside yourself, without involving M-People.

The world’s gone nuts. You’ll have had your problems; Jonny’s had his. He also built himself a shed in lockdown, in which to work out how to get through it. This is the result. Inspired equally by idleness, ancient myths, and Grayson Perry’s Art Club, it’s part story, part on-theme poetic digression and part community support group.

It’s a show about celebrating the glory of small things; about love and strength and finding some sort of meaning. By turns funny, absurd, and touching, there’s a pilgrimage across London with a home-made effigy of a dead dog, the tragedy of throwing your childhood home into a skip, and an epiphany beside a derelict canal.

There are poems, bits with a ukulele, opportunities for supported sharing, and who knows what else? The world keeps throwing curveballs; the best-laid plans are thrown into chaos, and Jonny’s plans are rarely that. But that’s what this show is really all about- fragile humans, and the ways we have to find to cope with it all.

Stand-up poet and lo-fi theatremaker Jonny Fluffypunk has been dragging his art around the UK and occasionally beyond for over 25 years, deafly fusing bittersweet autobiography, disillusionment and wonder into an act that has established him as a firm favourite at gigs, festivals and housing benefit offices everywhere. He has two volumes of poems, micro-fictions and threadbare philosophy published by Burning Eye, and his solo ‘lo-fi’ stand-up spoken word theatre shows, including have toured extensively around theatres, garden sheds, summer houses, empty shops and Britain’s other ad-hoc performance spaces in a blatant championing of homespun DIY culture. When not performing, Jonny runs workshops, putting shapes and colours into the minds of young and old alike. He’s a crucial third of Hip Yak Poetry Shack, ‘the south west’s favourite pop-up poetry event’, and also runs Mr Fluffypunk’s Penny Gaff, an alternative cabaret in his adopted home town of Stroud.